Awaiting more stock
The RS005L is part of the series of small and medium load kawasaki R robots recognized for their compact design, light arm and high revolution engines that perform their functions at a high speed providing greater performance. RS005L handles an acceleration speed that adapts to the load and position of the robot decreasing its cycle times allowing greater productivity. has a space-saving design for easy installation can work together with other robots with high density applications without interfering in productivity, includes a system of integrated pneumatic lines and standard internal wiring. It has an IP67 degree of protection for the wrist and IP65 for the axes.
E controllers are compact, reliable and high performance, have advanced technology in the CPU allowing greater productivity and trajectory control. Wide range of industrial applications supported by Kawasaki AS technology that uses a programming language that provides sequence control; possible expansion of up to 10 external axes for complete control of 16 axes. Easy maintenance and diagnosis thanks to its modular components and limited cables.
E77 controller 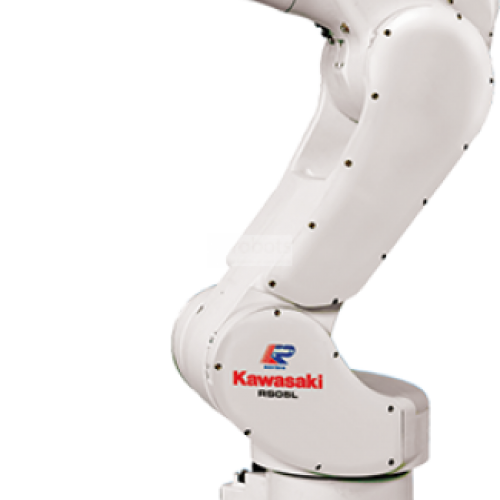